Top .NET Skills and Technologies A .NET Programmer Should Know

For a long time, Microsoft .NET development has been the popular enterprise web/mobile/desktop/cloud/IoT/blockchain/AI/ML software creation platform. It is for no simple reason why .NET has been the king of frameworks. This has created a constant demand to hire .net programmers with diverse skill sets. A single organization has matured the .NET platform under a single overarching strategy. Unlike open-source community-driven platforms with diversified focus and diversified strategy, that never found a common middle-ground.

Microsoft has augmented .Net versatility with the constant addition of trending features that perfectly fit into the existing feature-set and never odd ones out. Being a versatile and comprehensive framework .Net has its benefits. .NET programmers don’t have cravings for a highly dynamic outside world full of shiny frameworks with new tools. Microsoft has done justice by bringing the most relevant feature out of the trends into the framework.

Organizations like banks, financial institutions, educational institutions, government organizations, businesses, and military establishments need a secure application for business management. And this is where the need to hire .NET programmers has increased. When hiring .NET developers, there are lots of skills, techniques, tools, and tricks required. When talking to a custom software development company about hiring .NET developers for a project, the skill set can talk about the level of knowledge and experience of the .NET developer you are looking to hire.

Amongst the main criterion when hiring a .net programmer is that they should be well-versed with the latest .NET framework. It is expected that .NET developers should understand that the framework is not just about libraries; it also contains programming languages and tools for developing, testing, debugging, deploying, and maintaining the application.

A dot net programmer should also know .Net core because it is the latest version of the programming language. It is open-source and used for cross-platform development of services, web applications, websites, and console apps. Xamarin or Mono is also a .NET implementation used for building and running applications by dot net programmers on multiple OSes, namely, Android and iOS.

Hire .net programmers who know that despite all the complex application development support that .NET can afford and the sheer variety of applications built with .NET. There are only two components in the framework at the high level – the Common Language Runtime (CLR) and the Class Library. The former is the execution engine; the latter is a set of APIs for doing various things such as establishing database connections, drawing, reading from and writing to files, and more.

Hire a Dot Net Programmer Who Understands the Nuances Of .NET Multi-Language Support

Hire .net programmers who know that .Net is not just about a C#. When a .NET developer says that .Net applications can only be built using C#, something is missing .NET supports more than a dozen languages – the most common ones are C#, F#, Visual Basic .NET, and C++.NET.

Hire A .NET Web Developer Who Has Used Web API

When it comes to web frameworks, there is not just ASP.NET MVC around. There are many more. A very prominent one is Web API. Hire .net programmers who have experience using Web API with ASP.NET MVC. Web API is used for building RESTful web services using the .NET framework. In MVC, there is no content negotiation – it is fulfilled by Web API that decides which is the best response format among JSON, ATOM, and XML, etc.

Hire .NET Programmers Who Knows that Webforms is Not ‘Legacy’

WebForms are still in the reckoning. A dot net programmer should not show ignorance towards it. Although the old school, a lot of use cases are fulfilled best with this framework. Many customers still want WebForms – one reason is that they have existing web apps built with it, another reason is that they like it. Rapid Application Development using a GUI-centric, drag-and-drop methodology to create fast prototypes can be done using WebForms.

Windows Presentation Foundation (WPF) is a subsystem of the older Windows Forms. It is a GUI framework that is part of the dot net framework. In older GUI frameworks, there was no specific way to separate concerns. GUI and GUI behavior was closely coupled and had to be created in the same language. But with WPF, UI elements can be formed separately using XAML, and behavior procedures can be written in VB.NET or C#. The use of XAML ensures that designers and developers can work together. Hire .net programmers only if they understand templates, data binding, media services, control inside a control, and animations of WPF.

Dependency Injection is not an option anymore. Hire .net programmers that are well-versed with the techniques of provisioning classes on demand instead of creating classes beforehand. IoC is expanded as Inversion of Control. It is the same as Dependency Injection. Two different terms, but they refer to the same technique. .Net programmers should know how to spawn the IoC containers, inject dependencies when required, and manage the lifecycle of these created objects. Although application dependencies can be managed without containers, it will result in more management overheads. Dot net programmers should be well-versed in all or any of these IoC containers – Castle Windsor, StructureMap, Spring.NET, AutoFac, Unity, and Ninject.

.NET applications interact with relational databases using an Object Relational Mapper (ORM). Entity Framework is the first ORM for .NET. However, there are other options such as NHibernate, LLBLGen Pro, and Active Record. Hire .net programmers if they at least know Entity Framework well. This is because Microsoft has always backed Entity. A .net programmer should understand the differences between all these ORM tools and which ones lack certain features that are fulfilled by another.

Large enterprise applications need sound testing strategies. Hire .net programmers if they know that .NET application development is only half-done with the development portion; a substantial part of the effort goes towards unit testing. .Net programmers should know the difference between unit tests, integration tests, and load tests.

Testing tools such as xUnit, NUnit, MSTest, and .NET CLI are available to write and execute tests. Just knowing test types and testing tools is not enough. Learning best practices of unit testing is as meaningful too. An essential consideration by .net programmers for good .NET development, in the long run, is the amount of code coverage. A 90 to 95% code coverage target should be the aim. High code coverage is not representative of the code quality but represents how much code is under the ambit of tests.

Coding and building a project is only half the story. The keyword nowadays – and a significant one – is to be ‘continuous.’ CI/CD (Continuous Integration/Continuous Deployment) is now a part of the everyday life of a .NET developer than it has been before. For a start, it’s always good to be at the top-of-the-skill-curve with Azure DevOps and Azure Pipelines – a case to consider before deciding to hire .net programmers. The latter works transparently with containerization platforms for building complex serverless backends and VM infrastructure. Some other good CI/CD programs that a .NET developer should know would be Jenkins, Octopus Deploy, Cruise Control, and Team City.

It is still not over for .NET application developers. .Net programmers should assess their understanding of code cleanliness. The list gets added with more to-dos. This one is not a pushover too. Code quality analysis is a way to quantify good and bad code. A widespread tool such as SonarCube is used for this. After running detailed tests on the code in the repository, the resultant scorecard measures the good code versus the bad. Hire .net programmers if they know SonarC#, which is the code analyzer for C# code. The .Net developer should know about setting up rule sets as gating criteria for code check-ins.

Hire .net programmers from the leading custom software development company specializing in end-to-end .NET application/solution development. Integrative Systems is where you can get .net programmers with all the requisite skills, qualifications, and experience. To know more about their services, drop an email at contact@integrative-systems.com. 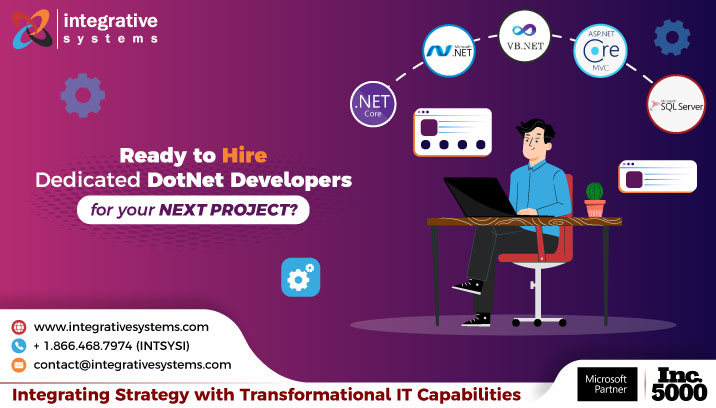 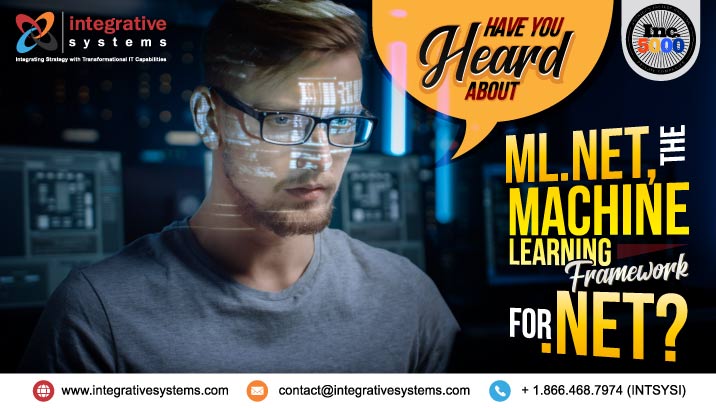 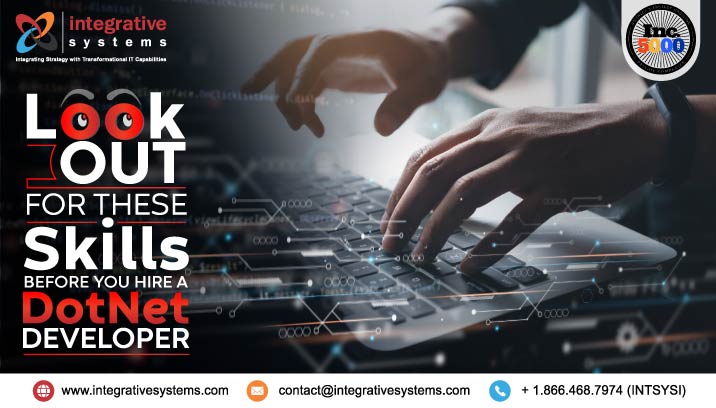