From COBOL to Cloud: The Digital Journey of DOD’s you Should be Aware of

The migration of big systems is a tremendous task, but technologies around the world are making it easy for businesses. Mainframe computers are an example of such heavy migration and what makes them worthy is the language on which they run. IBM AS400/i-series has offered COBOL on many platforms since its inception and still doing so. COBOL was introduced in 1959, and after its normalization so many years down the line, it is serving as the backbone of various mainframe systems. COBOL stands for “Common Business-Oriented Language” and had been mainly used by Defence Department. As a result of this, the language started gaining popularity, and nowadays, it has been adopted by various other private and government industry sectors.

Although, with innovation in technology, the fundamental architecture of AS400 COBOL has become outdated, which limited its ability to make use of necessary innovations. But still, AS400 COBOL is widely used for applications development on mainframe computers.

However, several factors are responsible for the steady downfall of COBOL. These factors include – Rise of cloud technology, the retirement of experience AS400 COBOL developers. Still, many DOD systems and other private systems run on this platform, but they lack the flexibility and other advanced features available on most recent language platforms.

So, from a technical point of view, AS400 COBOL is unsuited to advanced OS commonly used in today’s cloud environment.

As a result of COBOL’s limited functionality, IBM AS400 iSeries modernized and transitioned the mainframe system to a Java-based AWS cloud setup. However, the strategies developed applied to Microsoft Azure, Google Cloud, and major cloud service providers. These service providers will easily allow DOD to migrate setup from COBOL to AS400 cloud and open barriers for them.

The Transformation of COBOL

When we talk about digital transformation, this is the right time, and let us tell you why?
COBOL is one of the oldest languages available for IBM iSeries AS400 developers, and primarily all mainframe implementations run on AS400 COBOL.
Unfortunately, most of the IT professionals and technical experts who know the functioning of COBOL are on the verge of retirement. Moreover, very few developers are interested to learn COBOL or learn working on mainframes.

So, How Popular is COBOL?

On an estimate, over 200 billion lines of COBOL codes are running on mainframes. These numbers are proof of how deeply the language is rooted in business systems developed over the decade. Furthermore, enormous business risks are common especially when someone tries to deploy them on the cloud. Also, moving COBOL to AS400 CLOUD is faster, easier, and the best decision.

And, if you put the digital transformation of AS400 COBOL on hold a few years later, you won’t be able to find skilled developers to work on the existing setup. And to be honest, your risk won’t be limited to locating source code or accessing applications. But tasks like troubleshooting, replacing the mainframe system would be impossible in the long term. Also, the cost of the operations will increase with time.

However, modernization is not the critical goal of DOD, i.e., they don’t want AS400/iSeries COBOL migration to have a shiny system on board; their only goal is to increase the system’s overall effectiveness. The old system lacked various modern features like reliability, scalability, and many more modern services.

The project needed an extensive modernization process that can be completed in an affordable hosting environment, low data loss, minimal downtime, and minimal risk of security threats.
The process began by identifying and assessing different arrangements made for meeting the end goal. There was various option included in the process:

In this option, all the codes and manuals needed to be re-written. But the process was going to take lots of time and involves a high risk of failure. Also, it was increasing costing.

In this option, the plan was to replace the inside and outside security framework, but this was clashing with Defence rule manuals, so it was dismissed.

Finally, a COBOL emulator arrangement was considered as a makeshift measure, and IBM has chosen a COBOL-to-Java code mechanism to carry out the process:

The second phase was intended to refactor the Java code to remove any remaining fragments of COBOL and enhance maintenance.

All the remaining infrastructure was migrated to the AS400 cloud in the third phase. The cloud service also enhanced DOD’s stringent cybersecurity requirements.
The most important thing was to address the primary guard’s difficulties and deliver data whenever needed. There were many more things included, like:

Due to this AS400 COBOL cloud migration, DOD’s yearly operating expense was reduced incredibly by around 70%. The migration to the cloud reduced the cost of operations and increased flexibility, allowing them to develop capabilities to support their mission better quickly.

However, the greatest obstacle to any software or setup migration is security. It’s a huge concern, especially in today’s modern business environment. This shouldn’t imply that traditional frameworks are unstable. Moving to a new business environment consistently invites threats. From our point of view, not every cloud service offering company goes through broad authorization measures. They’re centered around security, and the best way to be particular about an application’s security is to observe it thoroughly. The process includes – exploiting modernization and design to confirm safety. Even though it’s a test, but it’s necessary when you’re interfacing with another person’s legacy frameworks. Even if, for any significant cloud migration project, leveraging automation should be a centralized goal. Also, as companies mastered accepting a DevSecOps way to deal, cloud execution should be essential for any genuine modernization process.

With Integrative Systems, you can embrace a hybrid AS400 cloud approach through API management and can reach mainframe to cloud in a few days. The AS400 cloud has allowed customers to invest millions of dollars into the existing setup and make it modern. Furthermore, it eliminated the need for unreliable middleware.

If you have any queries regarding the AS400 COBOL or AS400 cloud, please connect with us. Also, if you are looking for a partner to help you with IBM AS400 cloud migration, Integrative Systems can be your partner.

With expertise and experience of more than two decades in this field, we can be the go-to-partner for such requirements. Share your needs with us at contact@integrative-systems.com, and someone from our team will connect with you soon. 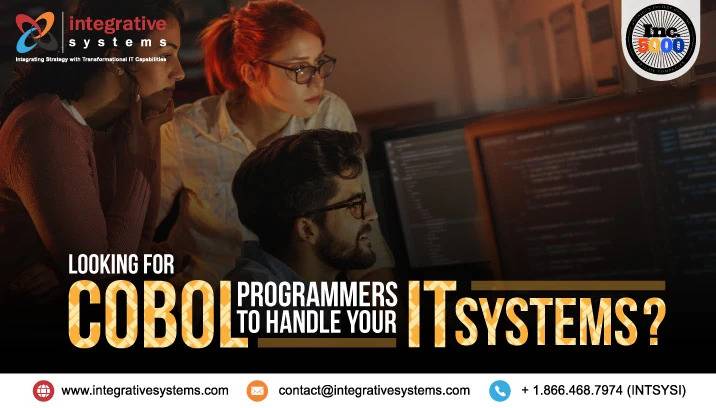 Skills to Gauge When Looking for COBOL Programmers? 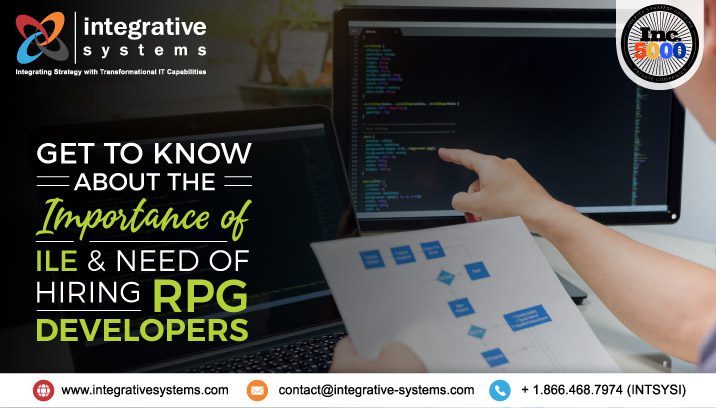 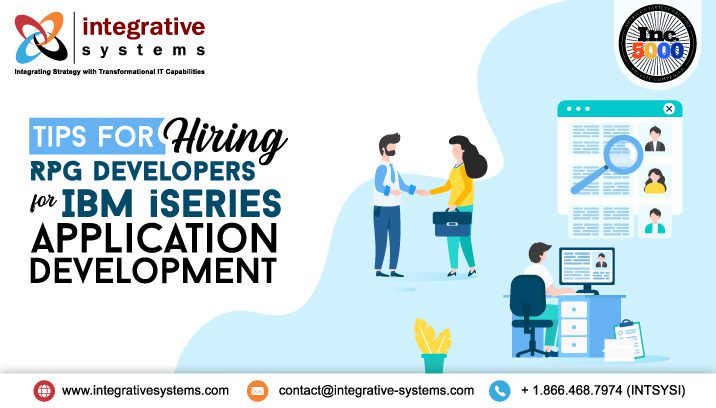